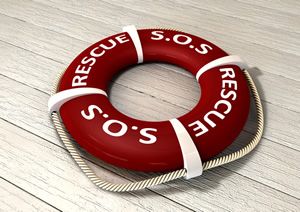 The Situation
Our Government client was responsible for a technical project that was in trouble. It was behind schedule, over budget, and the project team was not working together.

The team members lacked trust, roles and responsibilities were not clearly defined, and communication among the team members and between the Government and the contractor was poor. The client wanted to address the issues and get the project back on track and to make IOC.

The Strategy Bridge consulting team concluded after reviewing the results of an independent review, that Government and Contractor issues were impeding project success. The major areas of concern included: lack of trust, lack of realistic schedules and timely reporting of progress, lack of requirements understanding and project scoping issues, and competing interests among the many organizations. Our approach was to facilitate a recovery activity, or a “project jump start.” We focused on building an integrated project team and implementing supporting management processes that could deliver the technical solution.

To build the project team, Strategy Bridge facilitated multiple working sessions to address issues uncovered during a series of interviews with project team members. The topics ranged from discussing the painful issues to establishing core values, team behavioral styles, and working out roles and responsibilities. The team began to discuss issues openly and organizational affiliation was no longer an impediment to working together to achieve program success. The team agreed on Program Core Values and on a Team Operating Agreement which enabled them to modify their behaviors, specifically in the areas of maintaining communications and feedback, decision making, conflict management, and a process for escalating issues.

Management processes were strengthened allowing visibility and status into progress and encouraging team productivity through the development and implementation of a new Project Management Plan that included a new Work Breakdown Structure, a Communications Plan, an Engineering Change Process, a Configuration Management Process, and a Risk Management Process.

The Outcome
The Recovery Activity yielded positive results. The project team made significant progress: project milestones were met and cost and schedule reporting were accomplished for the first time. The team atmosphere was improved, especially as the clarified roles and responsibilities enabled the team members to work with each other instead of competing with one another over control of deliverables. At the conclusion of the “project jump start” the Contractor and Government were working together to meet the IOC milestone and to provide the customer with a quality product.